I first met Abdullatif Ghazi while hunting for a place to sit in the Mile End Library during a busy lunch hour. It was pure coincidence that I sat down at the same table as him that day. After polite conversation, I found out that he was part of the 2016 International Foundation Programme cohort. Yet, the most astonishing fact was that he was a prodigy with the clarinet, having over a million views on YouTube.

I decided to grasp this opportunity to interview Abdullatif for the IFP Newsletter to reveal him as a gem hidden in the heart of QMUL. In an interview, and later, I found out more about this amazing person who is now a QMUL undergraduate in the Politics Programme.

Being a contestant who received the Golden Buzzer in the popular show, Arabs Got Talent, Abdullatif has nearly 2 million views on one of his videos on YouTube. In the interview, he disclosed that he was self-taught in the clarinet in the beginning and began playing the instrument about 7 years ago. From then he has given performances in various countries over the world such as Kuwait, Egypt, Morocco and UK to mention a few. He describes his music to be a mixture ranging from Turkish and Arabic music to jazz and even Eastern European style. Today apart from performing concerts, he has also has his heart set on a T.V show

His most music project was “Mother”. He dedicated this music to his family who supported him through thick and thin. They allowed him to be independent despite his disability, even allowing him to travel alone when he was merely 13 years old. He says due to his actions, he never felt as though he had a disability.

He says that balancing his love for music and performing and his school life is difficult. However, he believes that he will always choose his studies, although he is not sure what the future will behold.

This interview with his was heart-warming. It is important for everyone to be aware that if one have their heart set on something it is always achievable. Yet education and family should always be a priority but this does not mean one should give up on their dreams. 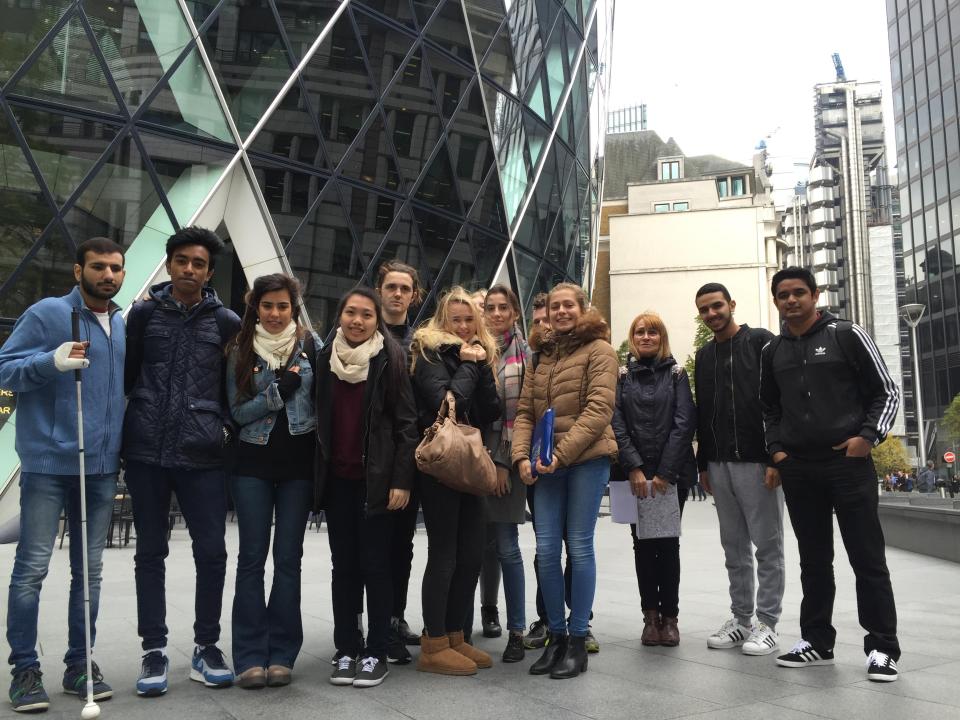 Abdullatif (far left) with fellow IFP students on a Geography field walk, and below appearing on Arabs Got Talent