Handbooks on university writing invariably cover such issues as SUMMARISING and PARAPHRASING, but on the IFP we ask students not only to summarise what you read in your own words but also to respond to it.  In English Language and Study Skills Classes we ask students to complete text-response tasks, typically composed of a concise summary of the main content of a text, and then a response to that text.  The following is a good example of a student’s attempt at such a text.  This was the third time she attempted a text-response task in her first week on the IFP, and she’s done a very good job of what we asked her to do: 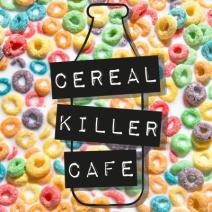 In his recent article “Cereal Killer Cafe attack: The anti-gentrification thugs got the wrong target” Myers (2015) reprimands the senselessness and inappropriateness of the violent attack on the cafe. He characterises the attack as being counterproductive to battling gentrification, highlighting the ludicrousness in victimizing an independent retailer that caters to mere gimmick seekers and cereal enthusiasts. Myers also calls out the organizers of the attack, Class War, for their poor selection, and even suggests that targeting chain restaurants like Nando’s or Pret would be a better choice in an anti-gentrification protest; supporting this claim by mentioning that such restaurants results in the elimination of local and independent shops. He establishes his stance by arguing that the owners of the cafe are not guilty of being involved in multi-million businesses or large franchises, and that the attack on a small business cannot be justified.

Myers (2015) takes a multi-faceted approach in his analysis. With every argument, he manages to debunk the rationales behind the Cereal Killer Cafe attack. The elements of success in his article are the strong structure of his arguments and the eloquence in his articulation. I believe that the highlight of Myers’ article is in his closing statement:

Once the group begins to act, to surge in agreement behind an emotional retaliation, the actual reasoning becomes a dim memory; the end undermined completely by the means. A boycott of the café might have been a way to express a proportionate level of disapproval.

The argument is concise enough to act as a conclusion, and persuasive enough to make a lasting impression.

Illuminating comparisons can be drawn between Myers’s positon and that of Susannah Butter, who focuses more on the opinions of the cafe owners. In previous articles that I have read, the majority put the spotlight on the attack itself rather than the victims. Butter (2015) offers insight on the twin entrepreneurs, giving the readers a look behind their opinions of the attack and their original ideas of their business. The two articles are similar in the sense that they are unbiased, but the style and structure of the two pieces are blatantly different. With relevance to the topic of gentrification, I find articles that identify businesses and shops as emblematic of gentrification thought provoking: it allows me to delve into the rationale and probe each author’s criteria.

Butter, J. (2015) “Cereal Killer Café owners: What it’s like to be the most hated men in London” Evening Standard. Available online at http://www.standard.co.uk/lifestyle/london-life/cereal-killer-cafe-owners-what-its-like-to-be-the-most-hated-men-in-london-a2970776.html [Accessed 8 October 2016]